If any one had told me that I would have to choose  ‘secondary’ school again whilst still attempting to heal the scars of the last time in the UK – I would never have driven through the channel tunnel. I would have taken the stationary M25, and flashing oil warning light as a sign that it was not meant to be. 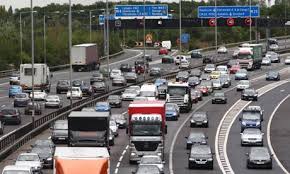 Troisième, or year 10 is a year charged with pressure. There are major hurdles to overcome and it is not easy to maintain the calm chic dignity of the average French woman, when you’re a slightly crazed, manic englishwoman running around in circles in a state of partial comprehension.

Some time in September I attempted to pin down our school secretary to make an appointment with the head of  Collège, firmly believing that being slightly ahead of the game, I had a better chance of success if I had the process explained to me by a reliable source. The school secretary smiled sympathetically at me  stating “Mais Madame, C’est vraiment trop tôt”. However by now she is well used to me in a stew, and finally agreed when I announced that my husband was just off to Nigeria again and there was absolutely no way I was going to go through this alone! At very least he needed to know just how much organising I was going to be doing over the next few months so that I could be assured that he would sigh reassuringly and groan sympathetically over the phone at a later date. But vastly more importantly, when it comes to official tasks, two heads are definitely better than one when it comes to total comprehension!

That done, We were informed about the key things; All the marks (or notes) for tests and homework assignments in Troisième counted towards the final grade of the  GCSE equivalent, in France known as the Brevet; that if a student didn’t achieve an average of 10/20 in every subject they wouldn’t be entered for the Brevet at all, and that the final exams were taken in June.

Secondly that all Troisièmes are required by law to undergo a ‘Stage d’Observation’ , a sort of work experience lasting a week in February in their chosen field of career.

Thirdly, immediately after the Christmas holidays all the students of the Troisième sit the Brevet Blanc, the equivalent of mock GCSE’s, only the grades count towards the final Brevet in June. The key subjects tested are Maths, French, History and Geography and last but not least Education Civique.

And finally, and scarily that the time had come to select a suitable Lycée for continuing education on to the Baccalauriat, the French equivalent of the A’level.

I discovered that there was such a thing as a Bac Option Internationale Brittanique, A Bac Mention Européen, and a Normal Bac . These were then all subdivided into three varieties, the Bac L, the Bac S, and the Bac ES.  It was necessary to select the correct Bac, either Literature, Science or Economics and Sociology, then whether to take the standard Bac or the supplementary Bac. The supplementary Bac (IOB, Européen and Anglophone versions) included 3 additional hours of the English Language to that of the standard Bac, with one non linguistic subject (usually history or geography, and occasionally science) studied in the English Language. What it was necessary to understand was that all three Bacs, L, S and ES all follow exactly the same program of 8 core subjects, simply the weighting of hours and marks lean in the direction of the chosen specialism. Therefore, more weighting in the languages, history and arts subjects for Bac L, and more weighting in the science subjects and French for the Bac S, and so on. And did I mention that this was just the choice for the Bac Generale et Technologique!

Having studied all the Lycées in Rouen I Immediately put pen to paper to ask for further details and true to French style – four months on and absolutely not one school has replied! I was later told that whilst French state schools will definitely not reply, Catholic Private ones might possibly. Sometime! If I’m learning one thing from my french life, it  is that the french don’t respond to letters, well not unless they’re love letters anyway (though sadly I don’t have nearly enough experience of this to definitively pass judgement) – And considering the mess engineered by Valmont by his letters in “Dangerous Liaisons”, I’m not actually surprised that responding to letters in France is a big ‘no no’ – I should have known really, if a year of futile  letter writing to our letting agent is anything to go by  – still it was good practice for my written French!

If I haven’t made it clear enough yet how the telephone, the instrument with which I would gossip for hours and hours in the UK, has become an instrument of  semi-torture here on French turf, let me do it now! But taking my role as a sometimes ‘efficient and organised’ mother seriously, I proceeded to phone them all, receiving from one and all a standard reply, “Mais madame Axton, C’est bien trop tôt”. Now where have I heard that before!

I endeavored to re-ring the Lycées in December with vastly more positive results. This time I succeeded to secure interviews with all of our shortlist, and my daughter and I made our way to the first ones before Christmas.

How fantastic to find myself let off the hook, although sitting in the directeur’s office with her,  the Directeur only wanted to speak to my daughter, and other than interjecting the odd comment here and there, I was happy to take the back seat and listen to her answering all the questions with an accent vastly superior to my own, and to smile wryly when she corrected my vocabulary or conjugation  in front of the directeur! I think both he, with all her ‘bulletins’   (school reports) in front of him, and I both realised at the same moment  just how far she’d come since her arrival two and a half years earlier and how far she could go. With  moyen (average) of 14.5/20 it was unsurprising that he offered her a place right there and then. By the end of all three interviews she held three places in her hands. It could have all been so easy if she hadn’t set her sight on the highest target of all.

For biligual or  strong english students the most aspired to Baccalaureat course taught amongst the Lycées of Rouen is the Option International Brittanique. Only one  public (state) school, five minutes from the Rouen city centre offers this option. Students following this class follow essentially the advanced Baccalaureat with the supplementary English, but leave with the added benefit of 3 English A’levels as well as the Bac International. With 500 applicants last year for 37 places, the competition is tough with an additional entry exam to weed out those not strong enough in English to survive the course.

So is there any light at the end of the tunnel, well yes for my daughter anyway, since the entry exam is a test of  English. Lets not rest on our laurels, but this will be the first exam she has sat in her native language since moving to this country. For the first time since our arrival it seems that being English might actually be an advantage! Was it worth braving the french autoroute that very first time – well yes absolutely! Can I see the benefits of  taking up residence in this complicated land and learning the ropes as I go – Without a doubt! 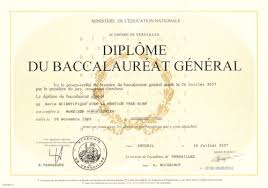 To know that  my children than the opportunity to chose Mediterranean from Mountain, Thames from Tour Eiffel when choosing their futures and the knowledge that against all odds they can succeed? A reward indeed.

(Why the French actually learn to write, in particular with all those lessons dedicated to the beautiful cursif script that epitomises french orthography, whilst having such an antipathy to putting pen to paper by way of responding to correspondence is an entirely different question.)

I shall get to the bottom of it in time!

For information about the Brevet Blanc click here, and for the Stage d’Observation click here. (under construction)

18 thoughts on “If they had told me about Troisième – Choosing Lycées!”