A few years ago, having arrived larger than life (as usual) at a cluster of gites in the Cahors region of France we met and befriended a couple of other temporary resident families after discovering an unbelievable string of coincidences. Of the six adults we had either been to the same university, the same rowing club, grown up in the same town in Africa, become architects, adored sailing, and ended up with children the same ages who all unbelievably liked each other. Understandably several further joint holidays have followed.

Last year we headed off for a gite in Le Loir together. Sometime during the trip, one of the husbands grumbled that his wife was always inspecting the meteo on her mobile in order to plan the sunniest trip for the day and what was wrong with encountering a bit of rain? Needless to say, I was too cowardly to own up to being her partner in crime! Despite our best efforts, a blazing blue sky and a lack of rainclouds was not always forthcoming. Whilst nodding sympathetically at said husband, I, and the female contingent bowed to the local advice that for consistently good weather one has to be South of the french version of the Watford Gap – the river (LA)Loire. Sadly we had picked LE Loir, the inferior and northern version, and strategically placed on that occasion too far North to make any inpact on the quality of sunshine.

With the vacances de Paques looming this year, and the return of my ‘husband a l’etranger’ I settled down to locate a gite south of LA Loire. Its location was significant, sufficiently south to provide a week’s blazing sunshine and in close enough proximity to Futurescope to enthuse the kids. I settled on La Grande Metairie near La grande Pressigny in Touraine.

The weather had other plans!

During the four hour drive the rain did not ‘let-up’.

Nor did it for the following two days: and then miraculously we woke to a clear blue sky and the beauty of the surroundings for a precious three days before the storm clouds rolled back in. 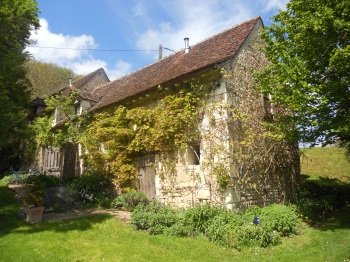 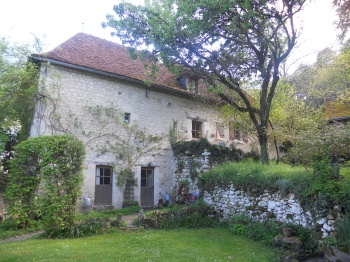 The owners house was beautiful with a huge beamed sitting room running under the roof. We were welcomed in with a glass(or two) of kir by the roaring fireside (Yes it was raining again!)

The overhang at the end of the barn sheltered a superb barbeque area. (Which was useful as it was raining!) 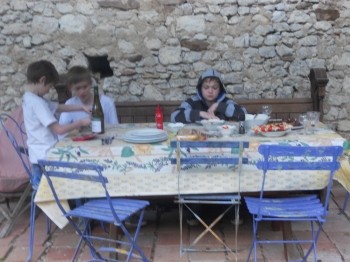 But when the sun did come out there was this delightful track to the pool.. 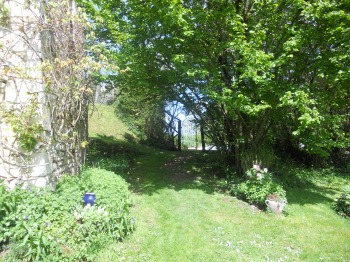 ..which the boys threw themselves into at the first opportunity despite the fact that it was only 14°

In case of boredom there was also a tennis court and a croquet lawn… and even  badminton to entice the idle!

But if all that wasn’t enough there were beautiful villages to explore nearby.

Angles de L’Anglin with its incredible chateau and river.. 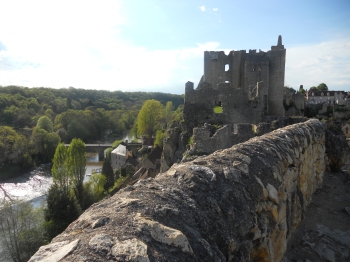 and La Grande Pressigny, a satisfyingly French little town with it’s imposing chateau converted to a museum of Prehistory.. 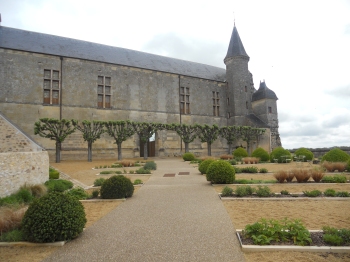 Despite the rain La Grande Metairie was beautiful, enticing and welcoming…and I would have given my right arm to stay there another day, enjoying the gardens and the pool rather than visiting Futurescope.

But if you prefer not to give your right arm but have a nest-egg hidden away, La Grande Metairie is ‘For Sale’, though it is hard to think of it without it’s owners who added to its charm.

I’ll race you for it! Its just as good in the rain!

2 thoughts on “Even under a black cloud the Loire is a prettier North/South divide than Watford Gap.”