The last time I used AutoCad was 11 years ago!

There’s alot of change in 11 years!

What irony that my on first day back into the working world I was handed a paperprint and asked to transfer the housing plan onto the computer.  The imagery was just a little too symbolic of archaic meets future for my liking. A kind of personal modernisation programme!

The last time I was in an architects office, the work-surfaces were covered with paper plans, sprawled in every direction, the scale-rule more often than not lost underneath hundreds of layers, the drafting pens blobbing or blocked as they started to run out of ink, and razor blades lurking on the ‘parallel motion’ in readiness to correct errors. Yesterday, there was not a paper print to be seen, (well except for my one), the worktables gleamed impeccably white, not a speck of ‘out of placeness’ , the computers state of the art and each job file uniformly blue neatly placed on tidy white shelves. Worse of all – everybody knew what they were doing!

My internal laughter was a little hysterical. 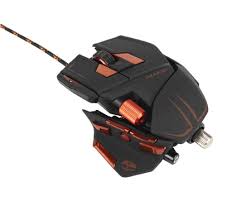 Now I am not a dunce when it comes to computers, and in my day I trained the young technicians to use AutoCad, but 11 years brings with it change. A considerable amount it would seem! So when I sat down and realised that the mouse was some state of the art invention, with more knobs, dials and buttons than a pilot’s cabin, and that I couldn’t even find the return – I knew I’d had it. (Ok so it wasn’t quite as bad as the one above, but you get the idea!) When my friendly fellow architect came over to show me how to access the drawing menu, it wasn’t the screen I was watching, but her hand – but at least now I have found the return button. I’ll ask her about the drawing files on Monday!

As I said, I wasn’t bad at AutoCad, but one thing you need to know about the french keyboard is that to obtain a number one has to use the ‘caps lock’, and to use the comma, one has to turn it off again. Surely, surely the French architects don’t spend their time ‘offing’ and ‘onning’ the caps lock to type in one simple line command? Anyway, drawing that first line was the clincher – and the computer wasn’t having any of my commands.. it just kind of sat there motionless and then left me with a stream of HTML just as an embarrassing record of my failure to communicate with the modern age. I thought about turning the screen away to avoid observation. Enough is enough I thought to myself, and frankly in a bit of a internal temper hit return having only added the X coordinate..no comma..no caps lock…. and can you believe it, I had my first line!

– I found the little ruler icon, and checked the line attributes for accuracy. It seemed to be a breakthrough!

By this point I considered myself almost flying. All that’s left for me now is to remember the icon’s (did I mention that they are annotated in French), the shortcuts, the layers and …   …and then of course we have the 3D which didn’t even exist in the old days!

what’s the french for ‘offset’ again? 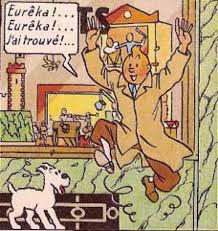