A month or so ago one of my friends was in the playground feeling very pleased with herself because she had organised all her son’s appointments for the following year. I was a bit bemused as it turned out that the appointments she had arranged were for the opthalmic specialist, the paedatrician, ORT (ear nose and throat) specialist and various others. Bemused because her son is probably the most well adjusted, athletic child that doesn’t miss a trick and has twenty/twenty vision! 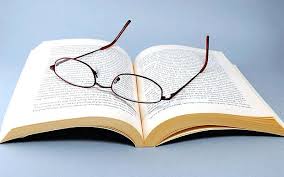 I put it down to what I consider to be the French neurosis regarding health and their terror of microbes. After all, no-one can quite beat my relaxed approach to illness, and the French mamans were understandably horrified when it turned out that my number three son had been wandering about with a broken finger for three weeks before I actually got down to sending him to ‘urgences’ for an xray.

Number two son came to me the other day, after a rather large amount of pestering on my part for him to buckle down and read his ‘set-book’ , intimating that it might be a good idea to get some glasses. He had, in his earlier life worn them, but long since ditched them in an effort to be ‘cool’.

‘Mais NON, Madam’ to bring all our very pro-active appointment seeking to a grinding halt!’ ‘A child cannot be tested by an optician, but must be seen by an Opthalmologiste’.

We were sent away clutching a list of 50 opthalmolgists in the ‘alentours’ (region).

The next morning I picked up the phone, choosing the most convenient opthalmologiste only to discover that their first appointment was in 9 moinths time. Braving the phone for the second time I had even less success, and by the time I was three quarters down the list, I was giggling in a slightly hysterical/ slightly embarrassed way as I spoke to the receptionist who clearly agreed that it was madness to even consider that it would be possible to find an appointment before next Christmas. In the meantime, there was the little issue of number two son’s inability to read.

As it started to dawn on me why my friend had been so delighted to have booked all her son’s appointments on a ‘just in case’ basis, I started to realise that perhaps she wasn’t quite so neurotic as I had so blazenly thought. And then came the phonecall from school…

‘Would Madame please come and collect her son who was suffering from a severe headache – they were very much afraid he had…LA GRIPPE (the flue) and we all know how neurotic the French are about  that particular microbe!

Once my son had sucessfully evaded school for the afternoon, and I had deduced that there was no raging fever, but in all probability he had spent a morning squinting over very small print, I decided it was time for radical action. I charged him off to the hospital eye department, armed with his very old English glasses prescriptions and invented a very convincing and exceedingly dramatic tale of how he had broken his last remaining pair of glasses on an Alpine slope. I empathised wholeheartedly with how no self-respecting French optician could possibly trust an English prescription, and how the poor child’s educational future was looking very bleak for the next 12 months since all the children that didn’t need glasses had booked up all the available appointments just in case they might at some future date require glasses and be unable to get an appointment because some children who didn’t need glasses had booked appointments ….. need I go on!

Within five minutes I had an appointment for the following week!

And that, my friends is how you beat the French system, or as my son says – ‘wing-it’

But a word of advice to the french maman’s. Perhaps if you would all stop making ‘just in case’ appointments, there would be appointments when you really need them!

It seems clear to me!