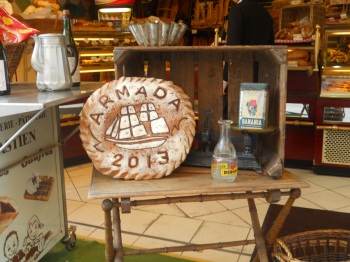 Even the boulangers were full of Armada fever this morning as I passed by to take my first look at the Tall Ships  which had come into Rouen at dusk on Wednesday evening, passing under the Pont Flaubert, the tallest lift bridge in the world, and halting all the night traffic.

When I arrived on the quay, it was an impressive sight in front of me, and some ships looked simply too tall to have passed under the bridge, leaving me to ponder – a little like how ships get into a bottle – how they came to be upstream. 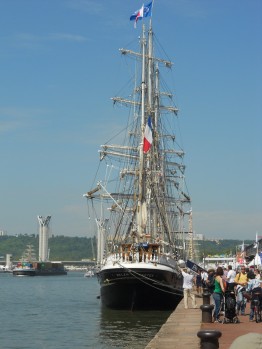 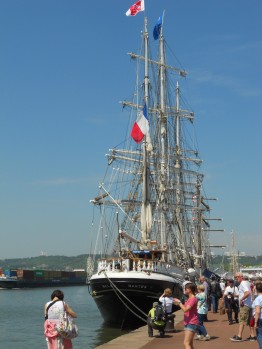 But this is France, and there’s always time for a Fois Gras sandwich or some grilled Magret (duck fillet)! A snooty Maitre D of the big restaurant on the quayside didn’t want to seat me at one of his tables as I was on my own, but the bonhomie of the waiter at the Crèpe and Galette restaurant won me over and I settled for the ‘menu de jour’ with a ‘gobelet’ de Cidre!

The crew of this ship were tucking into a fine looking lunch but had put a rope across the gangplank to stop chancers like me from trying my luck! 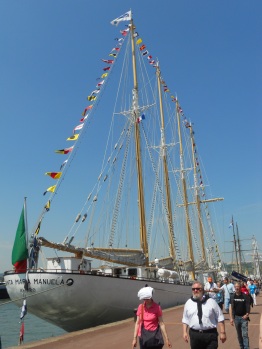 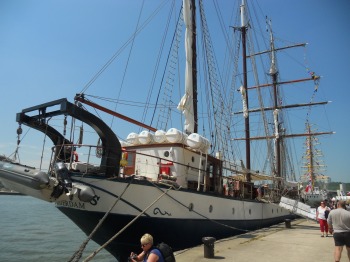 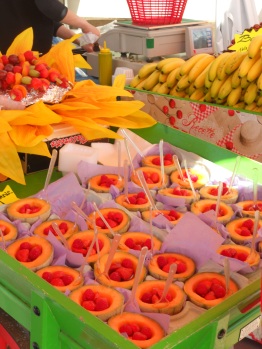 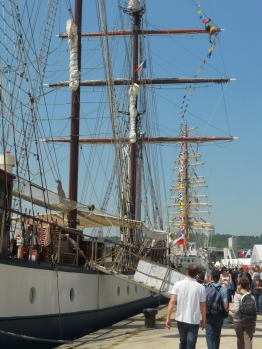 I’m convinced though that they need a taller lift bridge. I shall have to watch on sunday the 16 June, when they all head back down river, and see how they really get underneath!

If you are free from now until the 16 June, come and visit!

Personally I am looking forward to my sunday picnic on the banks of the Seine, where, if I chose my vantage point carefully, they will all pass in front of me between 12 and 4 on their way back to open sea!

3 thoughts on “First views of the Rouen Armada”