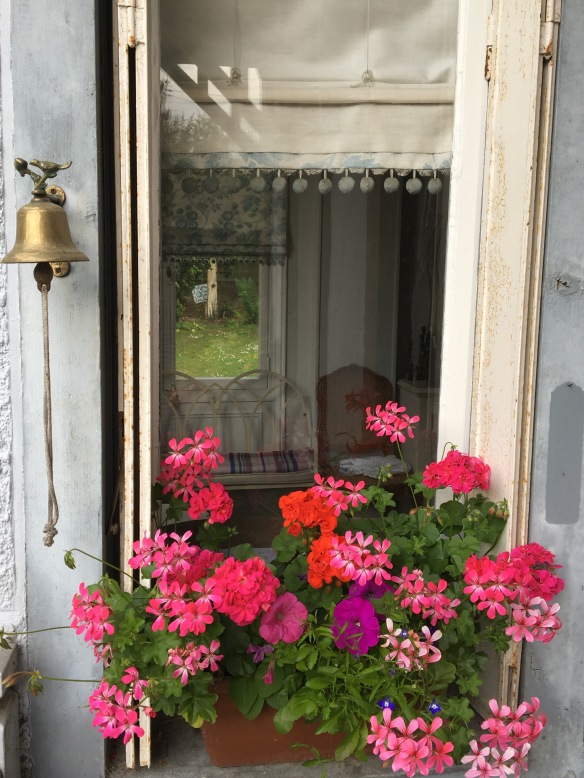 One of the things I love most about my house are it’s shutters. We use our shutters often, to keep out the heat of the summer’s day, to trap the cool in the house and let a gentle flow of air pass through the louvres , or to batten down the hatches against the noisy winter storms.

Last summer we started on the onerous task of painting the windows of our house. The windows are a century old, the paint is almost non-existant, peeling from decades of strong sunlight. But the windows are in deep reveals protecting them from the vagiaries of the weather and the wood is in good condition. The windows that we finished last summer looked wonderful in their new coat of paint, but sadly the shutters were left lacking. 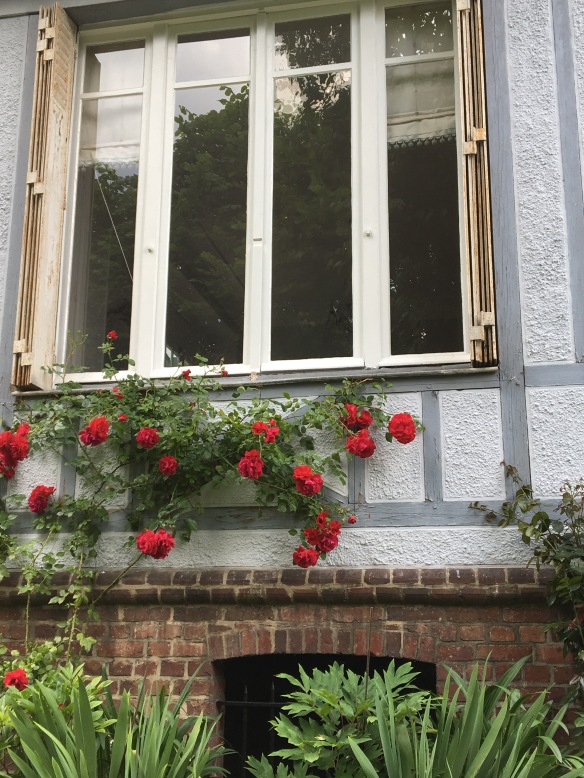 Last summer we also attempted to renovate a pair of shutters, but we knew almost immediately that we would never manage the deep louvred openings and so started looking for someone who had the equipment necessary to do a good job.

One of the things that makes France such a wonderful place to live is the presence of small enterprises which are capable of undertaking craftmens jobs with skill in abundance. We found a four man team who could sandblast and hot-seal spray paint the shutters, and with whom the whole business was undertaken with jovial good humour, a fair amount of negotiating on price, and an analysis of what team we would support if France, Scotland and England were up against each other in a rugby final. 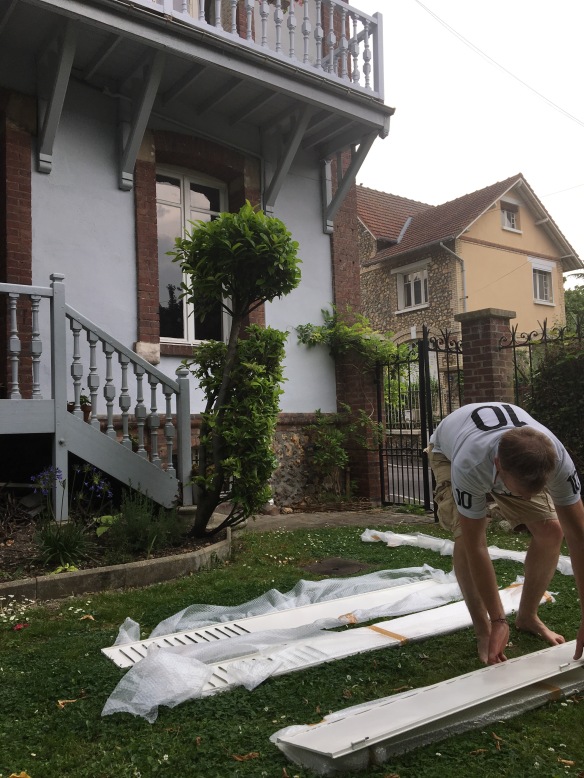 With each matched shutter the process became more and more simple as the possible matching options reduced. Hanging them up again was another question entirely.

It’s a lesson in motivation, for no sooner are the painted shutters rehung, than the unpainted windows behind them need to be renovated.

In France, if you leave your house unoccupied for more than two weeks you are obliged to close up the shutters or risk violating your house insurance. In reality most people close their shutters even if they are only absent for a weekend.

For us it’s a race to the finish or we may have to stay at home all summer until we’ve completed them.

But that’s another story!