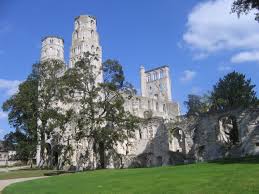 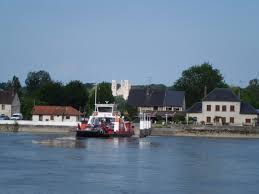 The fog came down early in the afternoon, yet it seemed a beautifully atmospheric time to head out for a walk along the Seine before returning home to sit in front of the fireplace with a book.

La Bouille is the first pretty village on the Rive Gauche heading out to Le Havre from Rouen. Tucked under the steep chalk cliff faces that alternate bank to bank as the bouclés of the River Seine coil through the countryside, it is also port to the small ‘Bac’ ferry boats which traverse the river.

Incredibly, these little car ferries run constantly during the day from the rive gauche to the rive droit and are free of charge for both cars and passengers, only stopping for the drivers to take their lunch. During the summer, after walking the river bank we returned to the terminus to wait for the Bac. Realising that the driver had stopped for lunch, we took the opportunity to take a drink in the cafe on the water’s edge. Some half hour later the driver returned to find that the tide had turned whilst he had been away and a large expanse of water lay between the shore and the ferry ramp. Taking off his shoes, he took a flying leap, safely landed on the boat and drove it back to shore.

We profited from the eerie gloom to visit the Chateau de Robert le Diable which is fabled to have been constructed in 1200 by the duc de Normandie and father of William the Conquerer. There is no proof to this claim. It has a particularly strategic position towering above the cliffs of the Seine with, on a clear day, a spectacular panoramic view of Normandy. Partially ruined by fire in 2007, a renovation project is underway with a view to once more opening to the public the interior. For now we content ourselves with an atmospheric walk beneath its walls.

We make our way back to the centre of the village as the misty afternoon turns to night and take in the darkening streets and riverside path before returning to the bac.