We didn’t have an easy run up to the Stage d’Observation. It’s a compulsory part of the school education programme, and as such is awarded a grade by the school which goes towards the Brevet.

In December my daughter came home from collège clutching a wodge of important looking papers. The paperwork was fairly complex and a little daunting, but my daughter had a good idea of which employment sector she wanted to be in, and having already been published in Liberty Dimanche, Rouen’s sunday paper, I had a contact; and contacts are everything.  “What”  I thought “could possibly go wrong”. 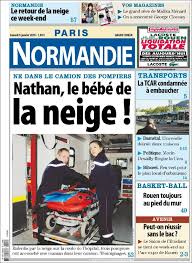 Since my daughter wanted to be a journalist her first port of call was Paris Normandie, the main ‘Journal’ of the region. She suffered an instant knock-back and was very disappointed. We then approached our ‘contact’ at Liberty Dimanche, Paris Normandie’s sunday paper, but were disappointed to discover that the newspaper ‘giant’ of our region did not offer stage’s at all. Having graduated in a major recession back in 1992, and having written literally hundreds of applications to find my first job, I realised that a very proactive approach was called for.

We missed out on one major journalistic stage oportunity simply because we hadn’t cottoned onto the fact that it was going to be more difficult than we had anticipated, and because we hadn’t known that my daughter’s dream ‘stage’ at Paris Normandie didn’t exist. Darnetal, a sector of Rouen has it’s own local paper, but by the time we actually contacted them, all 10 places had been taken.

By the time we had firmly grasped the scope of our difficulty, we were bogged down in revision for the Brevet Blanc, and I took it upon myself to make initial enquiries by email to all papers, local magazines and publishers. I’m not sure that my intervention helped the situation. My written french grammar is a little ropey, and I probably wasn’t best qualified to enquire after stage possibilites in journalism!

After our 15th letter despondency had begun to set in,  email after email received a negative response, and we were definitely running out of options. Classmate after classmate turned up over the remaining weeks successfully organised, some having only applied to one place. Stages in law, in boulangerie, in radiology, in childcare; the variety was endless.

With only a fortnight to go, the fabulous staff at Collège St Do took pity. We had by now reached our Twentieth application. They corrected it with a fine tooth comb and took personal responsibility to deliver it to the only journal from whom we were still awaiting a reply – The Rouen Magazine at the Mairie  of Rouen. The Mairie for Rouen is a tough cookie. They rarely take stagières, and in the meantime my daughter had decided to alter course and consider a marketing stage; Fererro Rocher was at the top of her list! 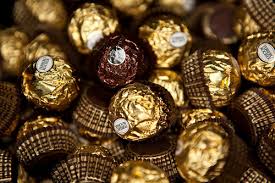 The very next day, just when I was least expecting it, I received a call. I’m not good with phone calls, my speaking ability reduces by at least 50% along with my ability to understand. A delightful woman breezed down the phone that they would be delighted to accept my daughter for a stage. Would she please get in contact and rapidly rattled of her name and number. The poor woman must have thought she’d reached an imbecile as I struggled through the mine field of ‘quatre vingt seize’s and soixant onze’s, then, proceeding onto her name which of course just had to have both ‘I’s and ‘E’s, which sound like ‘E’s and ‘Ur’s. Having got to the end I was praying that I had correctly noted the phone number and puzzling that her name, once written, REALLY didn’t look like a proper name at all, and before I knew it she had gone – skiddadled – hopped it.

I had a momentary celebration that my daughter had a stage, which quickly turned to despair.  I had completely failed to get a company name. Was it Ferrero, was it the Mairie? And what on earth was my daughter going to say when she rang up to organise the final details – “Thank you for my Stage – but who are you?”

I had the great idea of going to the school secretary, I imagined that she would have the panache to ring the number, if indeed I had accurately noted it down, and extract the company name without raising suspicion. She tried in vain, reaching  an answer phone none the wiser. Finally, turning to me she declared, “Well Madame Axton, C’est merveilleuse that A has at last got a stage, just a shame we don’t know who it’s with” exactly at the moment that the school headmistress entered the room. ‘Que les anglaises’ (only the English) mumbled the Head, …..and myself, before I turned a charming shade of lobster.

It was my daughter, after several moments of justifiably berating me for my inadequacy, who had the brainwave of ringing the number and leaving a message for the woman to email me with the details. Lo and behold on the Monday morning up popped a message from the Rouen Mag at the Rouen Mairie in my inbox. My daughter had scooped the jackpot! 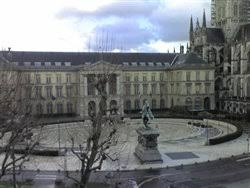 Two weeks later she walked into the ‘Rouen Mag’ offices to spend four days learning about journalism. Firstly she was taken to the printworks to see the latest publication come off the press, and by the end of the week she had had three articles published on their online site. What made me truly proud is that, unlike her mother, the final of the three articles was passed without a single grammatical correction necessary!

I think they should have got her to do the editorial of the front cover, don’t you – It looks like her mother did it!

Images thanks to Google