Nearly two years into my life in France, I am somewhat unsuprised to find myself fighting another corner. This time , having sucessfully beaten Lyonaise des Eaux, I have taken on a formidable opponent – the SNCF, the french rail company. 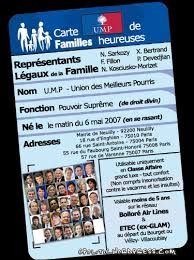 It all started with a dream – that of pleasant weekends rolling through french countryside on the way to the beach, or perhaps Paris, or maybe even to a vinyard in the Loire. I had an idea it would be nice to leave the car behind, and I had become aware that a nugget of a card existed for families with three or more children – and a 40% discount for families with four!

The SNCF have a handy website:https://secure.voyages-sncf.com/…familles–nombreuses/…/etape1e which gives you much of the information you need to know including the documentation required and the fee to pay. Covering for all eventualities I sent more than enough photos, copies of birth and marriage certificates, copies of passports,copies of social security details, last years tax statement and a cheque for 19 euros.  I niaively believed the cards, applied for in January would arrive in time for the february half-term!

February came and went, and at the beginning of March I received a letter to say that my application was unacceptable as the birth and marriage certificates were “non traduit” (not translated from english). I was somewhat suprised since the social security office had issued us our Carte Vitale – state paid medical treatment cards, on less information than the SNCF had demanded, and they certainly hadn’t required a translation. I spent a day translating the certificates, re-photocopied all the documants and sent them off again. Interesting to note that in the UK anyone can get a family rail card with no ID whatsoever, and at the local railway station!

In April, having now missed the Vacances de Paques (easter holidays) I received another letter stating that my certificates were now “non conformé”. I was slightly astonished to understand that my certificates were meant to conform to the French style “Livret de famille”. I’m not sure quite how to achieve that, (other than to divorce, remarry (a frenchman) and have another set of children) so I duly picked up the phone and finally managed to pin down a SNCF operative!

Having gone through the paperwork over the phone, she declared that our birthcertificates did not state the filiation of the children – i.e the parent -child connection; More astonishing still since I had actually gone as far as  purchasing the “full UK birth certificates” which state “father” , “mother” and even occupations of both! Eventually she agreed that she couldn’t see a problem with them once she had understood that the UK birth certificates are all the same style and that we don’t have a “livret de famille”. She agreed that the translation should be OK, once I explained to her that if I went to the cost of hiring a professional translator, I was obviously wealthy enough not to need a rail discount in the first place; and finally she suggested that the best idea was to photocopy everything all over again on A3 (so as not to clip the edges of any certificates) and send the whole lot back into SNCF again!

I imagine that my dossier is one of the fattest and most detailed to land on the desk of the SNCF’s famille nombreuse operator. To date I have not heard anything, and in three weeks it will be the summer holidays! Is this a record, am I being penalised for being foreign, should I go to the court of human rights?

June 25 – It ‘s 4 months and 15 days since I made my application, and today our Famille Nombreuses arrived. It had only taken one further phone call to establish that the office was happy with everything sent to them. I’ve been told that these cards are way more than just a rail-card and i’m looking forward to trying them out. Watch my blog for what we manage to get up to with them!