Troisième is a year of choices, options and decisions. Today, the culmination of all these decisions took a unforseen twist.

For those that remember my last post on the subject of Troisième, they may remember that there are three basic choices for the Baccaleaureat General once one has decided whether to follow the Science, Literature or Ecomomic route. Broadly these are the OIB (Option International Baccalaureat in which the student will gain not only the bac in the leaning of their choice, but also A levels), the Option Anglophone or Européen (which follows essentially the same course with one subject studied in the English language and receives a ‘Mention Européen’ but no A levels) and the standard Baccalaureat.

In April we filled in our application form for consideration for the OIB. There are only two Lycées in Normandy which provide this option, Lycée Gustave Flaubert at Rouen, and Lycée Privée St Joseph at Le Havre. Each lycée has only 35 places and it is considered an elite course. The application was detailed and required a ‘Lettre de Motivation’ from each potential student – in English for the French applicants, and in French for the English applicants. Included with the application were the last three years of school reports and a personal report and declaration from the Directeur/ Directrice of the current Collège, as well as from the Professor Principal for the student’s class and also from the English teacher. There was also a score card (1-10) assessing the student’s ability in reading, writing, oral and comprehension.

A fortnight after the application was submitted, all the applicants were called to sit an entrance exam. This consisted of a written paper and an oral exam, thankfully for us in English, and which I imagine was the most daunting part of the process where the French students were concerned.

Before one starts to imagine that the oral was a ‘piece of cake’ for the English students, factor in conversing in English with a French examiner with a heavy French accent, and aged 15 answering these type of questions –

“If the price of oil rises in the Middle east, what will happen to comodities in Europe and why?”

The other terrifiying aspect of the whole process was the parental ability to misread the timetable and documentation and to forget to arrive at the exam hall with the student’s passport. No passport – no entry! Having lived on the edge of my nerves desperately trying to meet all the deadlines, I was hugely thankful when the process was over and the wait for results could begin.

However, there was never going to be just one option and just one application. With an initial starting point of 500 interested applicants, there needed to be a ‘fall back’ option.

In January we had interviews at two Lycées privées to register for the Options Anglophone and Européen. At both Lycées we were welcomed with open arms. Our daughter was a prime candidate for their  Anglophone and Européen courses, they said. In front of us they read the three years worth of ‘Bulletins’ (school reports), ticked all the appropriate boxes on the Inscription forms, handed us the registration form to be completed at home and gave us a deadline for its return along with it’s obligatory ‘reservation of place’ cheque for 150€. It was in the bag. If the OIB didn’t work out we had an excellent ‘fall-back’…

or so we thought!

Suddenly in early June, a letter arrived in my letter box from one of the Lycées requesting that we filled in an application for the ‘Option Anglophone’. Hadn’t we done that already, I mused to myself -but knowing that France likes its paperwork, I sent the form into Collège to be duly signed and completed by the Directrice, the Prof principal and the English teacher. My daughter sat down to write another ‘Lettre de Motivation’ and we rushed it to the Lycée with a day to spare before the deadline.

On the 22 June I received an identical letter from the other Lycée Privée requesting the exact same procedure for the Option Européen. The deadline was the 21 June. You see my problem! It had been lost in the post. It was friday evening and would have to wait for monday before I could ring the Lycée to explain what had happened, and the French are  strict on their deadlines. 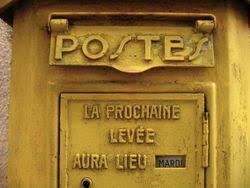 On monday I returned from work to find a letter in my mailbox for the Option Anglophone. My Anglophone daughter had been refused a place for the Option Anglophone. It dawned on me that I had paid 150€ in the belief that I was reserving a place for an Option which in fact was not a certainty, and had only been offered the general bac instead, but not only that, thanks to the postal situation I had also paid 150€ reservation fee for the Européen option for which I had missed the deadline for application. And would she have got onto the option if she had applied in time anyway? 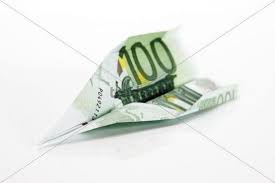 The good news is that we have heard verbally that our daughter is accepted for the OIB at Gustave Flaubert which is where she really wants to go. So all in all it’s a financial loss we had been prepared to take anyway, even if right at this moment we feel a little misled.

But I won’t rest easy until the confirmation letter is in my hand.