When we first moved into our house it was 10 days before Christmas two years ago. The house was barely habitable but we made the best of it, and somehow we didn’t notice the peeling wallpaper and paint just metres from our dining table. The first new year I set to task to repair the one wall and boxed-in beam where a burst pipe had left ugly paper and plaster hanging by threads. A year later I patched and finished the remaining walls with lining-paper but never got round to painting them because hanging over my head was an even bigger problem, a problem which didn’t easily give itself to a solution – the ceiling!

Our house had only been owned by one family before us, and when we bought it the resident was 87 years old and known by many to be miserly. Certainly he had never made any repairs or upgraded the decor. When the dresser was pulled away from the wall, the paper behind it came off the wall in one entire sheet. Often closed up, the house had suffered from the damp and neglect, and gradually the paint on many ceilings, and especially that of the diningroom, had quite literally bcome unstuck and dangled in curly peelings above our heads. 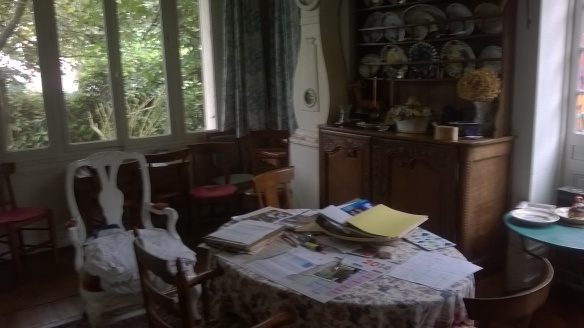 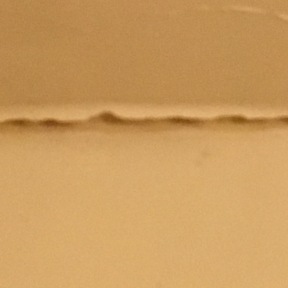 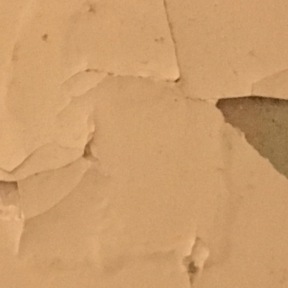 For two years the ceiling laughed at me from above and I wondered whether it wasn’t time to call in the professionals as only a month or so after scraping off one lot of peeling ceiling paint, the previously solid edges in their turn would decide to peel.

But then suddenly with another Christmas around the corner, I reasoned that if I took the matter to task, and simply in turn failed to do a decent job, well then was the time for the plaquist, as the french plasterer is called. It seemed worth having a go and trying to turn the dining room around for this, our third Christmas in the house.

And so suddenly, last week, with the lull that comes at the end of the tourist season, and with the christmas season hot on its heels, I hauled myself to the top of a ladder and braced myself for what probably is the most unpleasant renovation job, because the one thing about repairing a ceiling is that the only place for the dirt and detritus to fall, is on you! 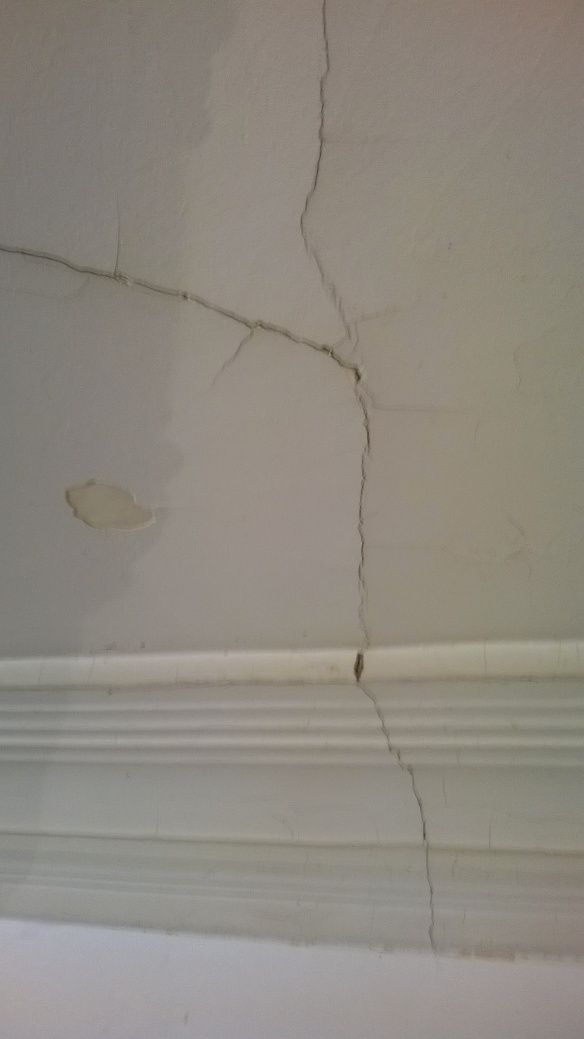 There were two huge cracks nearly the full width of the room! 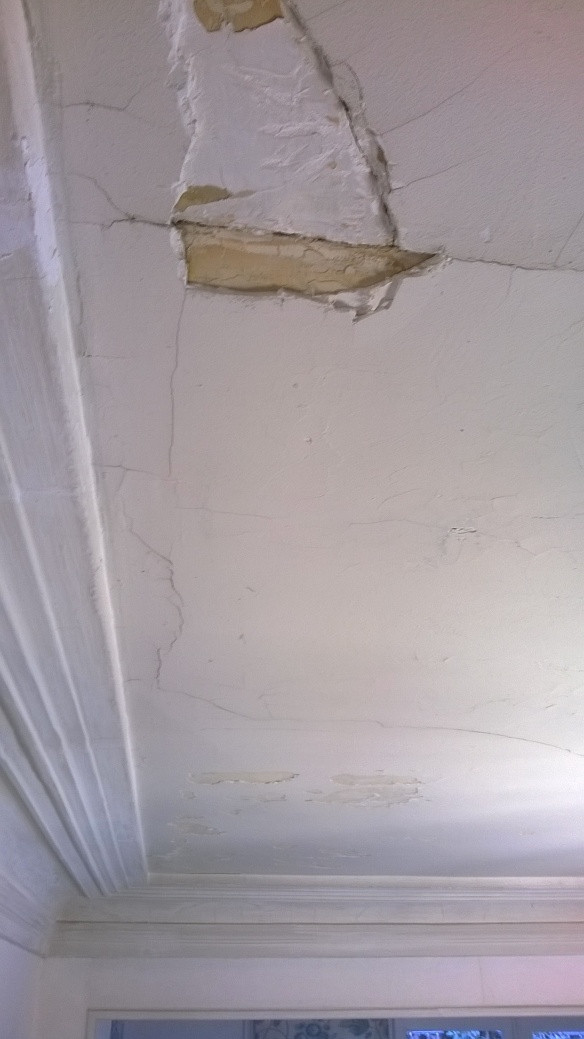 Large chunks of plaster pulled away when touched! 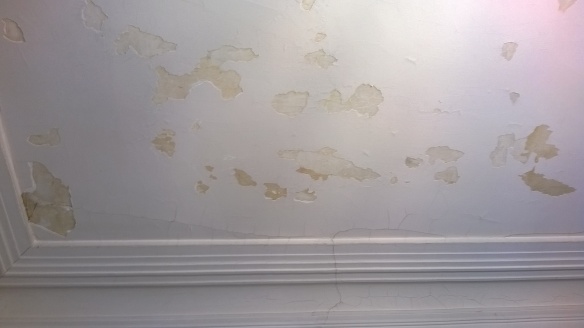 More paint came off the ceiling than stayed on as I scratched at it! 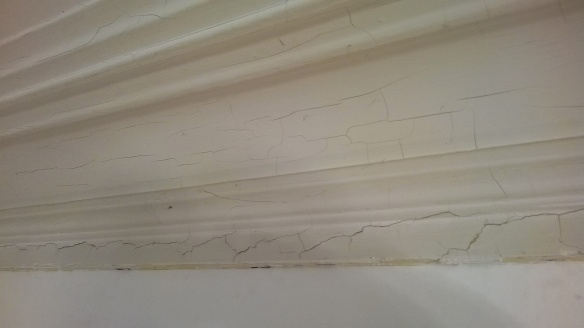 and even the moulded coving paint was crazed and loose! 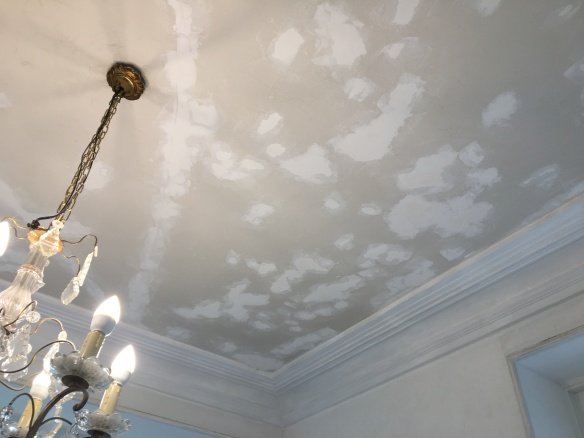 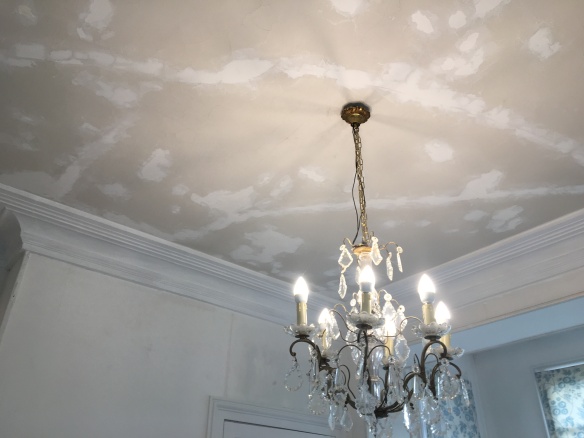 After filling all those holes in the ceiling and all the crazing in the coving, there was only one thing to do – sand it all smooth. I ended up white from head to toe with plaster dust and there was only one place for me at the end of all that – in the shower!

What “husband à l’étranger” wasn’t expecting however was a call to arms, because I reasoned that the only way forward, to seal those nasty little  paint edges from peeling in their turn, was to wallpaper over the lot. French wallpaper has one major failing, it is a metre wide, far wider than english paper, and when you have a three metre strip of 1800 grade heavily covered in wallpaper paste, it becomes extremely unwealdy and extremely heavy. “Husband à l’etranger did try to persuade me just to paint the ceiling, but his pleas fell on deaf ears.

I apologised to my co-worker in advance for any expletives that might be uttered in the course of the undertaking and explained that any directed insults should be seen as “heat of the moment” and not taken to heart. He was quick to concur!

So it was we found ourselves straddled between several step-ladders, long-handled brooms propping the renegade corners, and covered with liberal dollops of glue, desperately guiding and  coaxing the unwilling paper to stick to the ceiling and then to ensure that the subsequent pieces lay alongside without gaps, overlaps or bubbles. Several desperate and frantic hours later the job was done. 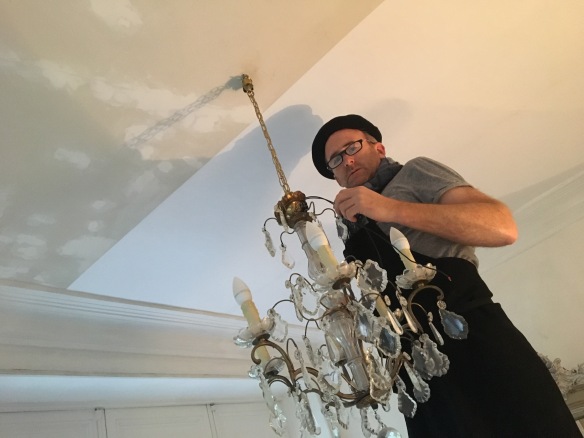 It took a night to dry, and gingerly the next morning I opened the diningroom door to see the result of our efforts. I’m happy to say that the ceiling was smooth and bubble-free! 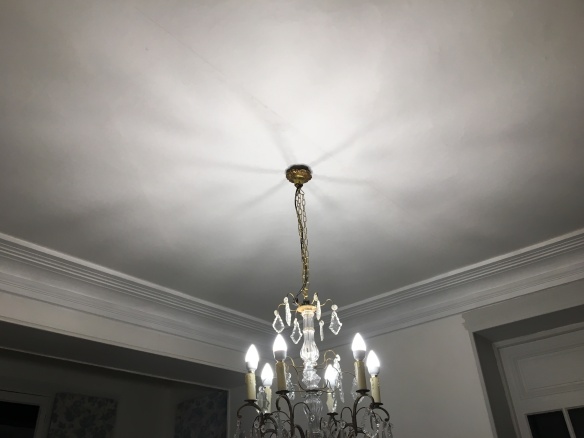 There was just the question of painting  the walls… 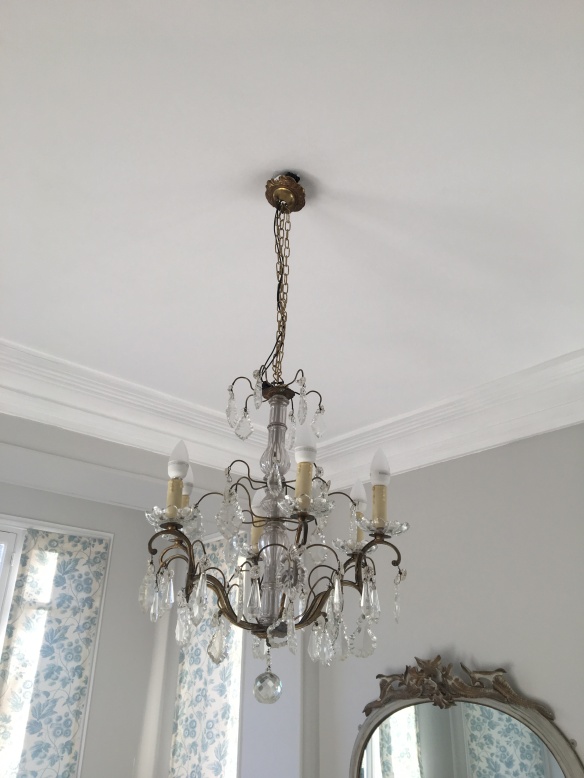 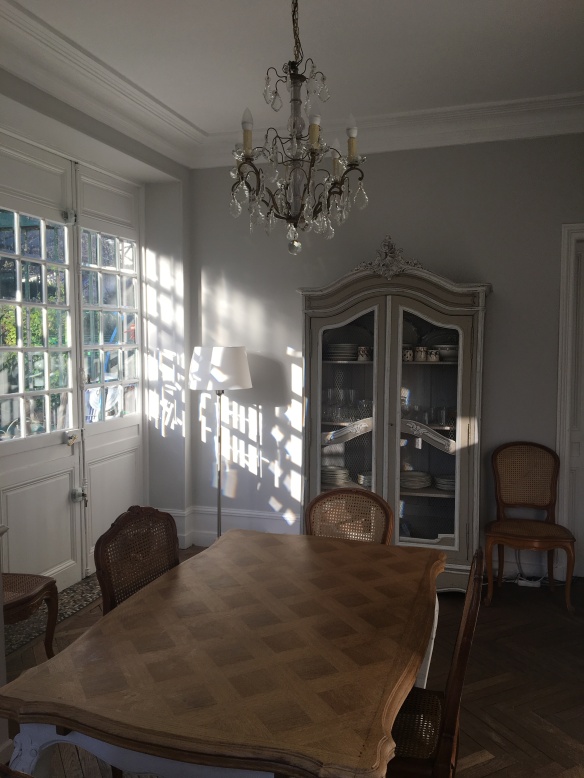 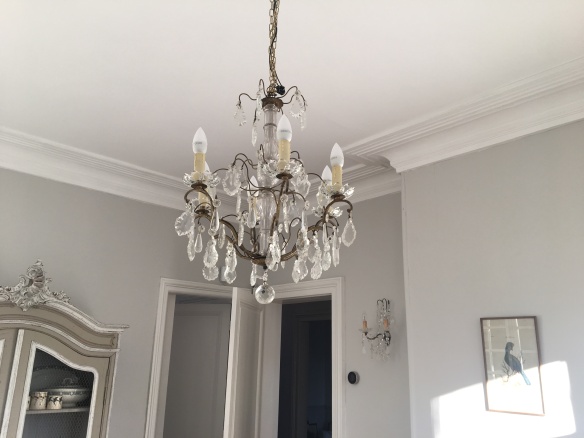 and all we have to do now is decorate it for Christmas! 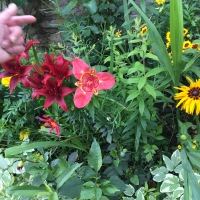 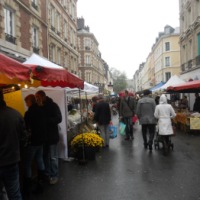 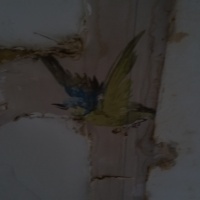 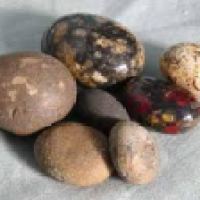 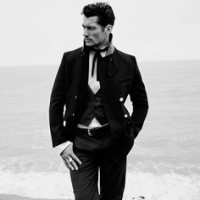