One of the great advantages of being a registered guide in Rouen is getting access to all the new exhibitions and museums at the “Avant Première”. Today I had the amazing opportunity to be one of the first through the doors of the “Historial de Jeanne d’Arc”, the new museum dedicated to the story of Joan of Arc, in Rouen.

Several years ago a small private wax-works museum was to be found in the Vieux Marché in Rouen, next to the site where Joan of Arc was burnt to death at the stake. It closed when the owner went into retirement. Today the doors opened on one of what I have to classify as one of France’s best museums, The “Historial de Jeanne d’Arc”.

Joan of Arc was imprisoned in Rouen after her capture and ransom from the battlefield at Compiègne, north-east of Paris. The English, having occupied of Rouen for some twelve years by 1431, during the Hundred Years War, imprisoned her in a tower of the Chateau Bouvreuil until her trial and eventual conviction for heresy and relapse. The new museum is located in the very building where the original trial, and later retrial were held, part of the Archbishop’s Palace, or Archevequé as it is known.

The building has undergone extensive and painstaking renovation. The result is magnificent. The building alone, with its stone crypts, tommette tiled floors, and two towers is worth a visit. As we all agreed, just bringing visitors to the top of the Tour de Guet was worth every penny for the view alone. The views, never before seen by the average Rouennaise nor visitor, of the one rose window which survived the explosions of the 1944 bombing raids on the cathedral without being masked by the north transept gable were excellent; as was the high-level view of the Eglise St Maclou, a perfect example of the Gothic Flamboyant in the mediaval quarter.

If only to overwhelm the visitor, we gained access to the stunning chapel,

and the Salle des Etats,

and grand staitcase of the Archevequé as we made our way to the end of the visit.

But what of the museum exhibit itself? Systematic and clearly explained, the story of Joan of Arc evolves through a series of “automated rooms”. Small groups of 20 pass through one room at a time in which a part of the story is told through film displays and “son et lumière” (sound and light shows). The entire visit is a technical masterpiece of the same genre as the “son et lumière” on the Cathedral facade every summer..

Joan of Arc’s trial was the first of its time to be written down and archived. Each character is named and identified, with modern day actors filmed and using the transcript from 1431.

The final two rooms are free access with interactive displays and an interactive “push-button” selection of questions posed to historical experts whose filmed responses dispell the myths that have grown up over the passing centuries.

Here it is possible to see copies of the original manuscripts of the trial and letters written by Joan to the Dauphin, and later King Charles VII and other trivia such as models of the city in medieval times.

When you come to Rouen, do not miss this great museum. Suitable for adults and children alike, leave at least two hours for the visit and then stride out into the medieval quarter where you can find cafés, antiques, and plenty of lovely boutiques.

And if you are too exhausted to take another step, there’s always the lovely old workshop of Ferdinand Marou, metalworker from the Impressionists era who’s ‘atelier’ is now the most gorgeous coffee-shop. 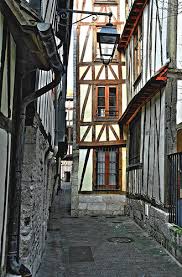 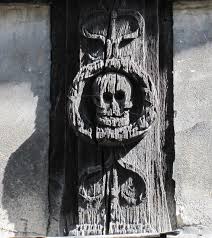 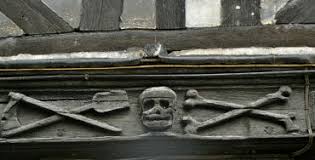